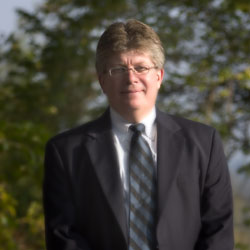 Mike is married to Leslie Nassios and they have three children.

Contact Us
Practice Areas
Testimonials
★★★★★
You and your staff have been wonderful in representing my family over the years and we truly appreciate everything you have done for us. I certainly would be glad to refer you to my friends and family, should they require legal representation. Thank you from the bottom of my heart. B.D.
★★★★★
The settlement you were able to secure for me has been a godsend. I have been in treatment for breast cancer and one of our daughters lost her job. This money has kept us from losing our house. B.H.
★★★★★
Originally I did not want to pursue a claim against the Department of Energy for my husband’s death. I knew my husband had wanted me to but I was grieving. Your office obtained compensation for me, and I am proud to know my husband and I will be able to leave something to our precious granddaughters. S.C.
★★★★★
Mike, I want to thank you for all your hard work representing me over the past five months. Without your efforts I am positive that my situation would be bleak. You went above and beyond and I owe my future to you and I will always be thankful. N.M.
★★★★★
You and your office have helped me through a difficult time. I made mistakes but thanks to you, I have a second chance. L.K.
View More
Submit a Law Firm Client Review